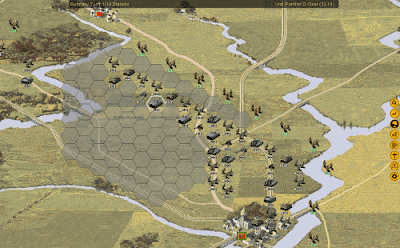 The once-in-a-while obligatory update. Android Ice Cream Sandwich tablet mode running pretty well on a 400Mhz ARM with no acceleration.
Next in queue will be Ethernet patches ported to ICS.

Patches are available as either 1 big file or broken down. Patches were tested and found working under Android Gingerbread 2.3.4.
To activate adb add these lines in init.rc (or init.rc.

Finished porting the ethernet patch from android-x86 froyo branch to gingerbread and made them available on picopc android gingerbread repository here: https://gitorious.org/picopc-android-gingerbread (see the commits in frameworks-base, build and packages-apps-settings)

Updated patch to use built-in kernel wifi drivers for android:

Patch to prevent enabling of the wifi when no device or driver present:

Patch to fix the crash(sigbus on armv5) when starting bluetooth:

For mini-box.com picoPC we want to support several USB and miniPCI WiFi dongles, this guide provides a step by step explanation of what's involved in adding a new wifi driver and making wifi work in a custom Android build  (this guide was written for android 2.1 but should be applicable to previous android releases and hopefully future releases).
Contents
0. Understand how Android WiFi works.
1. Enable building of wpa_supplicant in your BoardConfig.mk
2. (Optional) Enable debug for wpa_supplicant.
3. Provide a proper wpa_supplicant.conf for your device
4. Have the correct paths and permissions created from init.rc
5. Make sure your wpa_supplicant and dhcpcd (optional) are starting from init.rc
6. Provide your driver either as a module or built in kernel and proper kernel support for it and modify Android source code accordingly.
7. Provide a firmware if your module needs it.
8. Make your driver work with Android custom wpa_supplicant commands and SIOCSIWPRIV ioctl

0. Understand how Android WiFi works.
Android uses a modified wpa_supplicant ( ) daemon for wifi support which is controlled through a socket by (WiFiHW) that gets controlled from Android UI through android.net.wifi package from and it's corresponding jni implementation in Higher level network management is done in

1. Enable building of wpa_supplicant in your BoardConfig.mk
This is by simply adding: to your . This will set  to true in enabling building of
If you have a custom wpa_supplicant driver (like madwifi or my custom android private commands emulation - see last paragraph) you can replace WEXT with AWEXT or your driver name (MADWIFI, PRISM etc).

3. Provide a proper wpa_supplicant.conf for your device
Providing a wpa_supplicant.conf it's important because the control socket for android is specified in this file (ctrl_interface= ). This file should be copied by your to (usually ). This location will be used on wpa_supplicant service from init.rc.
There are two different ways in which wpa_supplicant can be configured, one is to use a "private" socket in android namespace, created by function in and another is by using a standard unix socket.


Depending on your driver you might also want to add:
ap_scan=1

If you have AP association problems with should change to to let the driver do the association instead of wpa_supplicant.
If you want to let wpa_supplicant connect to non-WPA or open wireless networks (by default it skips these kind) add:

Otherwise errors like:
E/WifiHW  (  ): Unable to open connection to supplicant on "/data/system/wpa_supplicant/wlan0": No such file or directory will appear.

If you use a Unix standard socket in wpa_supplicant.conf (see above) add:

Do not add these if you use Android private socket because it will make wpa_supplicant non-functional, because

5. Make sure your wpa_supplicant and dhcpcd are starting from init.rc

For wpa_supplicant the init.rc startup like should be depending on which path you chosen:
- Android private socket:

If your wifi driver creates a wifi interface with other name than you will have to modify the above line accordingly.
You also should have dhcpcd starting from init.rc


Newer AOSP versions after Gingerbread use dhcpcd_wlan0 as service name.

6. Provide your driver either as a module or built in kernel and proper kernel support for it.
First make sure that  CONFIG_PACKET and CONFIG_NET_RADIO (wireless extensions)  are enabled in your kernel. The driver can be built as module (default android way) or built in kernel (if you want to rely in kernel auto probing to support multiple driver eg. USB wifi) but will require source code modifications (see below).
- As kernel module:
Define in your :
1. path to the module to be loaded
You need to specify module name in that path too, usually should look something like /system/lib/modules/wlan.ko
2.  the name of the network interface that the driver creates, for example wlan0
3. any arguments that you want to pass to the driver on insmod, for example nohwcrypt

Make sure you copy your kernel module when building android to the correct location.
- As built in kernel:
- First needs to be modified to inform about the name of the interface, that the driver  is already loaded and set the status of wpa_supplicant to running:


Do NOT add as I previously mentioned as it will prevent wpa_supplicant from starting from init.
- Secondly need to be modified so the functions and (simply add as the first line in functions since they are not needed when driver is built in kernel) and return before checking for in  function.
You might encounter problems with WifiHW module not being able to connect to wpa_supplicant socket even with the correct permisions. Try to turn off / turn on Wifi from the GUI.

7. Provide a firmware if your driver needs it

If your driver needs a firmware you will have to copy this firmware file to on your android build. Android doesn't use a standard hotplug binary (although there is an implementation available on android-x86 ) instead the init process takes care of firmware events and loads the firmware file from (see: function).
Firmware file name is defined by the driver and might also contain a folder like: RTL8192SU/rtl8192sfw.bin, entire file path should be available in

After 4, WEXT_NUMBER_SEQUENTIAL_ERRORS errors, android will abort using the device.

To quickly test your wifi from interface you can disable error checking in by simply making in function after the SIOCSIWPRIV ioctl call. This will make all access points in android UI appear without signal or MAC address.
To proper implement the ioctl you will need to modify your kernel driver to reply to SIOCSIWPRIV ioctl with RSSI (signal strength) and MACADDR commands being the most important.
A better way is to add a custom driver_xxx.c to google implementing function that will take care of RSSI, MACADDR and others, through calls to SIOCGIWSTATS, SIOCGIFHWADDR ioctls, with the rest of the functions being called from driver_wext.c.
Below is a link to a patch for wpa_supplicant that I did for mini-box.com picoPC Android build. It creates a new driver which "emulates" android driver commands using wireless extensions ioctls.

How to use the new driver:

1. In your define:
2. Change wpa_supplicant service command line by replacind with

Atmel AT91SAM9G45 and AT91SAM9M10 (AT91SAM9263 has a similar layout) have two memory controllers providing 128Mb at locations and . To use both banks of memory support must be enabled in kernel and and macros defined. The actual mapping is configured in kernel by boot params.

Both banks must be initialized by AT91Bootstrap, if you use AT91Bootstrap from AT91SAM9G45/M10 SDK see the patch below. Also if u-boot is used as bootloader and you want to use second bank it needs to be patched too.
My patches wore made for 2.6.30 kernel updated patches should be available below: